Hit enter to search or ESC to close
Brazil Airlines

By Travel to Brazil with experts March 12, 2019 No Comments

Azul Airlines made a proposal to buy Avianca Airlines. Azul’s intention is to stay

with the Avianca company registry, 30 Aibus A320 aircraft and 70 pairs of slots

(times for landing or take-off). All this for the sum of 105 million. Azul’s attempt

is to buy the company through an Isolated Productive Unit (UPI), a resource

that was used by Gol in the acquisition of Varig Airlines. It’s a way of getting the

“good side” of a broken company, without having to take on financial and labor

liabilities. In a statement, the company said that the expectation is that this

process lasts up to three months. It still needs the approval of Avianca’s creditors,

the National Civil Aviation Agency (ANAC) and the Administrative Council for

7 percent at 3:40 pm. Investors are aware that if the purchase is completed,

airports in the country, such as Congonhas and Santos Dumont. If approved,

airline industry. Azul and Avianca have many reasons to unite their businesses

and nothing like a crisis to convince reluctant sellers. Even affected by the crisis

and pressure from creditors, Avianca closed the month of January with 11% market

share in the Brazilian airline industry, according to data from Anac. It is not yet

known how much of this traffic will continue to Azul, since the company did not

propose the purchase of the entire company. Azul has a 20% market share of

followed by Latam, which owns 29.8%. A possible purchase of Avianca by Azul

strengthens the company in the dispute with Gol for the leadership in the sector. 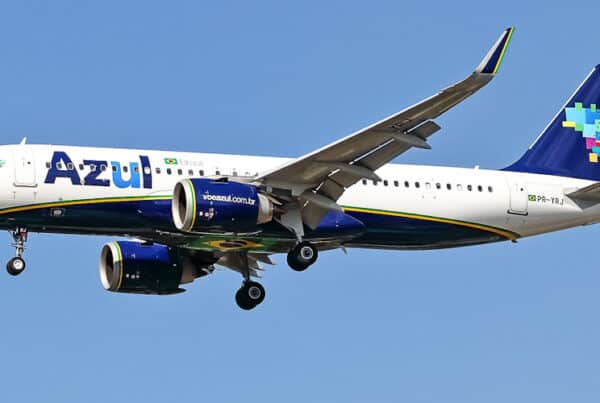